On this page, you'll find plenty of facts, diversions, and minutiae related to the Orioles and the numbers they've worn. Again, if you have any corrections to make, or if there's anything else you'd like to see on this page, say the word.


Retired Elsewhere    Trading Places    This Number Isn't Big Enough for the Two of Us...
One Player, Many Numbers    Most and Least Popular Numbers    Who Wore It First? Who Wore It Longest?

The following is a list of Orioles players who have had their uniform numbers retired by other organizations.

On several occasions, a player acquired in a trade will end up wearing the number of the player he was traded for. In the event of a multi-player trade, only the players involved in the "number swap" are listed. To be eligible, the new player must have worn the number at the earliest possible date.

Back to Top
This Number Isn't Big Enough for the Two of Us...

The Rolling Stones once said that you can't always get what you want. This holds true for uniform numbers, of course. So what happens when two players converge on the same number? Here are some examples.

One Player, Many Numbers


Lefthanded pitcher Billy O'Dell is the first Oriole to ever wear four different numbers as a player. The "bonus baby" joined the team in June 1954 almost immediately after being signed; he wore 24. After seven appearances, he was sent to the minors for more seasoning. He would rejoin the team in 1956, wearing 18 for a four-game cameo. In 1957 O'Dell finally stuck, splitting the season between the starting rotation and the bullpen. He pitched effectively with number 38 on his back (2.69 ERA), in spite of his 4-10 W-L record. In 1958, O'Dell switched to 41 and had a year to remember. The highlight was appearing in the All-Star Game in front of the hometown fans in Memorial Stadium. He earned the save with three spotless innings, baffling such greats as Willie Mays, Hank Aaron, Stan Musial, and Ernie Banks! If it ain't broke, don't fix it - O'Dell stayed in the 41 jersey in 1959 and made a return trip to the Midsummer Classic, although he was touched up for a run in one inning of work this time. On the strength of his back-to-back All-Star seasons (24 wins, 9 saves, 2.95 ERA), the Orioles traded Billy O'Dell along with pitcher Billy Loes to the San Francisco Giants. In return, the O's received catcher Roger McCardell (who never played in the majors again), pitcher Gordon Jones, and talented but enigmatic outfielder Jackie Brandt. Brandt was the centerpiece of the deal for the Birds, and made the All-Star squad himself in 1961 (.297 AVG, 16 HR, 72 RBI). However, his performance was never quite up to that standard afterward. O'Dell, meanwhile, notched 19 wins in 1962. His career was otherwise solid but unspectacular. He added two more uniform numbers to his post-Baltimore career: 31 with the Giants and Pirates and 33 with the Braves.

Catcher Chris Hoiles was the only other Baltimore player to suit up in four different numbers with the Birds for quite some time. He wore #17 during a few cups of coffee in 1989. Pete Harnisch switched to #17 in 1990, so Hoiles took Harnisch's old #42 after being called up in June that year. He was sent away in July, but returned in August. In the interim, the O's acquired designated hitter Ron Kittle, who claimed the #42 he'd worn throughout his career. Hoiles settled into #28. Chris was in Charm City to stay in 1991, this time in the #23 he'd wear for the rest of his playing days. In 2010, outfielder Lou Montanez joined the four-number club.
The following list contains players who wore at least three different numbers during their time with the Orioles.


The following list features players who have worn three or more different numbers during separate stints as Orioles players and coaches.

Back to Top
Most and Least Popular Numbers

"Popular" might be a misnomer; if a number has been issued with high frequency, there's a good chance that most of the occupants of that number weren't very memorable or at least didn't stick around for too long. Nick Markakis has already had the most success in #21, for instance; he's only been with the team for three years! Meanwhile, numbers in the high thirties are usually among the lowest numbers available in the middle of a season and are often given to players called up from the minors, or attached to fringe guys in the bullpen. Below is a listing of the uniform numbers that have been issued to the most 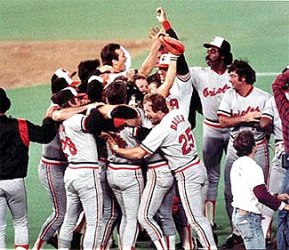 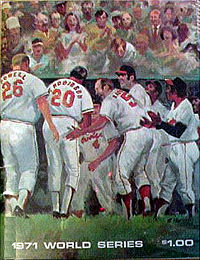 Meanwhile, the numbers that have been issued the least are all oddball high numbers (54, 67, 72, etc.). Throwing those out, as well as numbers that are retired, we get the following least issued numbers between 1 and 49.